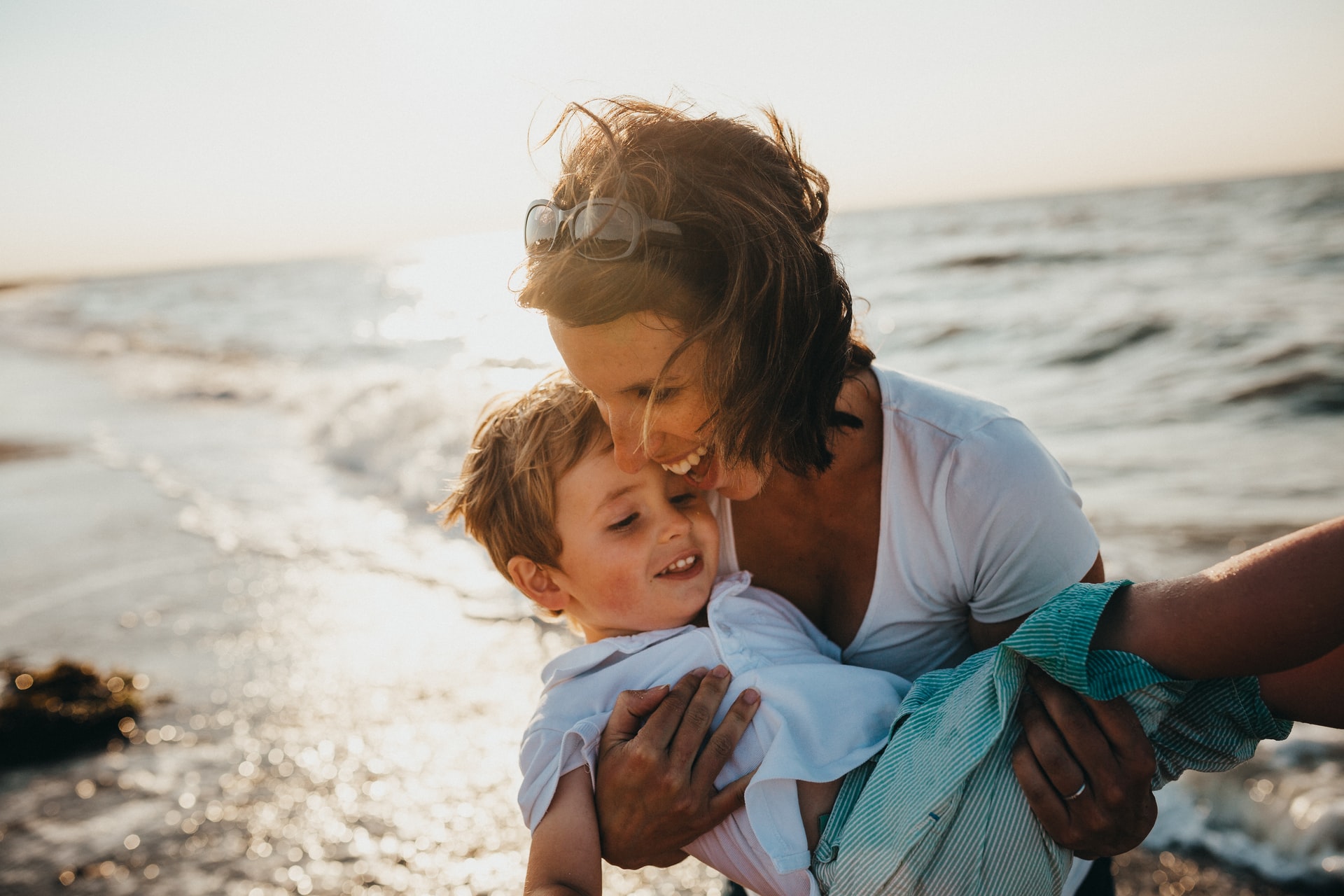 Mavericks and why we need them

At the moment Covid-19 (SARS-CoV-2) has highlighted the importance of accurate and ethical science, evidence underpins patient care, public policy and law making. We have been thrust into a world where nightly news bulletins bring scientific evidence that impacts on our personal daily lives; queuing at the supermarket, loss of liberty, socialising, gainful employment for some and risk to financial ruin for others, all to stifle the threat of the potential deadly virus.

We put our trust into those that know best and obey the new rules. Our leaders have our best interests at heart …..Right?  Digital applications and social media platforms provide wider access to news and of course damaging fake news. Research and information outlets containing alternative beliefs and  conflicting scientific evidence  can polarise the readership and ultimately society, it appears  hegemony is peaceful until challenged.

The Covid-19 Pandemic has highlighted this phenomena, Simon Sineck (https://www.youtube.com/watch?v=ReRcHdeUG9Y) discusses positive leadership and the advantages for that leader, perhaps a comfortable home, a top of the range car, a bigger office, more money and power.  Compensation for the late nights and early mornings, coming in on days off, complex decision making, forward planning, calculating and taking risks to ensure progression and success for the majority.

Positive leaders are rewarded with cohesive respect, productivity and above all else loyalty. Supporters with good leaders feel heard and safe in the knowledge that their leaders will look out for their interests too. If leaders fail in this most ancient of ‘contracts’ as Simon says  a  ‘visceral’ unease spreads through the ranks leading to low morale and dissent, perhaps attrition.

As health professionals, birth-workers, doulas and all the other valuable groups who work on the ground with women and families we are well aware of the need for progress away from patriarchal ‘we know best’ policies and guidance. The claim for womens birth autonomy and credence in innate birth physiology is becoming increasingly evident and passionate.

Historically some examples of  scientific obstetric advancements in the care of women and babies have been abandoned .Marsden Wagner (2008) discusses this list in the eye opening documentary ‘The Business of Being Born’ see link in references  . The 1930s – 40s saw the liberal use of carcinogenic x-rays in pregnancy to assess the size of the pelvic outlet as women were struggling to birth their babies.

The female pelvis was suddenly malfunctioning despite millennia of human procreation, yet the narrow gurneys on which women were forced to lie in lithotomy position often  for hours, perhaps scared and  infantilised Hill (2019), within stark clinical settings and  alone with strangers in masks, apparently  escaped the blame for the womans’ incompetent physiology and  lack of progress in labour.

The notorious Thalidomide scandal in the 1950s and 60s a medication to reduce morning sickness, given to pregnant women without appropriate clinical testing, resulted in generations of severely handicapped babies.

The 1970s saw the Peel Report (1971), heralding all women to give birth in hospitals under the covetous gaze of medicalised care.

After almost a decade in 1999, the realisation and rapid discontinuation of giving ‘Cytotech’ ( utero – tonic similar to Misoprostol) to women in labour with a history of caesarean sections resulted in thousands of ruptured uteri. These interventions were not evidenced based and did not appear to represent ‘first, do no harm’ ethical principles.

Immediate cord clamping, a practice that followed the ubiquitous actively managed third stage of labour had no evidence at all to support lack of harm to infants, in fact infants weren’t considered, despite the knowledge that the procedure deprived them of approximately 30% of their blood volume (Myles, Bennett and Brown, 1999).

In 2011, developed by a national team of clinicians, the Lifestart Resuscitation Trolley won a national innovation award and went into production. Then in 2012 Midwife of the Year Award, was granted and the midwife sensed that her work and passion for improvements to practice were being heard and more importantly accepted in the culture of Obstetrics and Midwifery. The accolade was ‘ridiculed’ by management ultimately leading to the withdrawal of OCC practice within days of the award with a return to immediate cord clamping within the unit. This policy was eventually rescinded in 2015 by new managerial clinicians (ibid).

However around  this time the midwife had left her workplace citing the price was simply “too high to pay” in terms of her health and emotional well-being and with an uncomfortable feeling that her original purpose of helping improve outcomes for mother and babies become lost, embroiled  in politics and subjugation (Ibid).

According to the midwife who challenged the status quo, she experienced acute anxiety and stress on a daily basis  in bringing about a simple yet crucial change in practice, groupthink attitudes, power agendas and plain old fashioned bullying by health professionals affected her emotional, mental and physical health, family life, relationships and her career pathway (Ibid).

If such a devastating price is to be paid for those who are agents for positive change, it would be far easier to simply conform, never question and just accept our lot. Should we remain static? Never improve or challenge our knowledge base?  Our employers and professional codes of conduct require a responsibility and accountability to demonstrate quite the opposite.

To experience humiliation and divisive behaviour on a regular basis would chip away at the strongest of characters, yet this midwife continued with her research with a deep intuitive drive that has now achieved  global endorsement in policy guidelines National Institute for Health and Care Excellence (2017) ; World Health Organisation (2014).

Parents can access education about the benefits of OCC www.waitforwhite.com as stakeholders theirs is the right to become informed and make choices autonomously.

History is a valuable teacher, Ignaz Semmelwies a Physician (1818-1865) who discovered that thorough handwashing the lives of many women could be saved.  Puerperal Fever or Childbed fever was the cause of skyrocketing mortality in birthing women circa 1800-1900’s as Physicians carried out vaginal examinations or repairs without aseptic techniques.  Contemporaries and colleagues were appalled by the idea that physicians were responsible for the spread of Sepsis via unwashed hands.

Within a few short months Semmelwies reduced mortality rates from 18.27 % to 1.27% within his obstetric unit, then students and fellow clinicians supported his methods, unfortunately he was mocked by his superiors, posthumously he is revered with respect by both clinicians and scientists for his simple yet brilliant hypothesis (Zoltan, 2020).

During the current global pandemic basic hygiene principles including handwashing are the banner of public health policy yet Semmelwies was considered a maverick and troublesome by the establishment.

Baddeley (2015) comments that, bias in science underpinning the evidence base may hinder its own progress due to herding behaviours and a protective stance of the status quo. This would suggest that despite huge jumps forwards in knowledge and technology this problem is just as predominant now as it was 200 years ago.

We need our leaders, we need evidenced based practice with positive  collaboration between ideologies  but crucially we need our mavericks, the ones who tackle challenges with fortitude despite suffering rejection , the ones who are marginalised , at least until their ideas gather traction or enjoy some success before the cautious naysayers jump on board. Without them, it is possible our endeavours to continually improve care for mothers and babies will stagnate, a glimpse back in history has  valuable lessons for us all.